Recently, 15 distributors, from Russia to China, enjoyed the beautiful scenery and felt the Chinese culture. Of course, the more important was to visit jack company and discussed the future development. 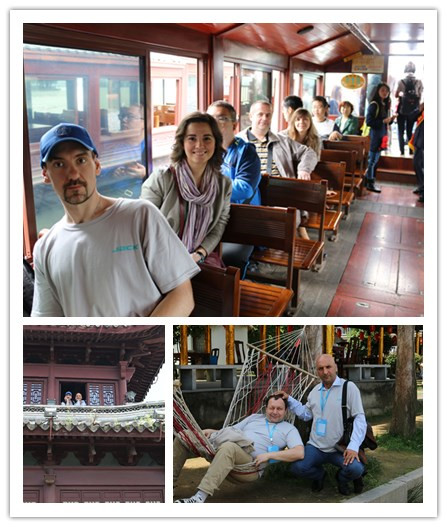 Shanghai international metropolis became their shopping paradise. Hangzhou west lake scenery let them linger. But the main purpose of this visit, of course, was not their trip.

The successful marketing way of Nantong distributor made them deeply harvested, and the quality inspection system also amazed them. They captured many photos about JACK intelligent producing line. They felt shocked after finishing this visit. And they thought highly of JACK Company. 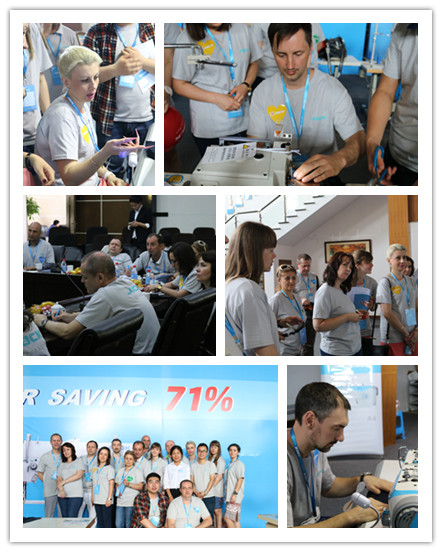 Later, the sales representative from central asia area in eastern Europe Nicky hold training for them. From JK –9100BS, and JK-798D to A4, he explained the way of combining by PPT, which made them in practice to master the characteristics of the machine. After training, the partners were devided into three groups and have game fight with each other. After a fierce fight, the last three friend from Moscow  obtained the top three of the game.

Sales director of international trading department Mr. Jimmy explained JACK Company’s marketing plan during the Russian sub-dealers meeting in Sunny hotel on 13th, May. All dealers were attracted by the speech and took notes now and then. In the afternoon, They had one fierce discussion about how to conduct activities in Russia after Mr. Robin, manager of mid-Asia&east-Europe gave them this topic. After deeply mutual-understanding and discussion, JACK sub-dealers in Russia were confident to seize more market share.

"I love Jack, Jack and I are like friendship between Russia and China, it will be everlasting. Believing Jack dream will be realized at an early date in our joint efforts,!" A friend from Moscow said excitedly.